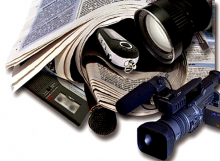 It is performed in accordance with the article 5 of the Law - On Mass Media. However, there are some restrictions that apply to foreigners who plan to open mass media in the country.

According to the legislation, mass media in the RK have legitimate grounds for distribution and conduction of activity only after registration at competent authorities. Due to the passage of this procedure, the mass media receives a certificate. A legal entity with foreign participation can act as the owner of the mass media.

All types of mass media of a television, radio channel, periodical and an information agency shall be registered. The application on registration is considered within 10 working days.

There are some exceptions. It is worth noting that Internet resources may not be registered according to the established law. In addition, some periodicals are not obliged to pass the registration:

It is established that each issue of a periodical printed publication shall contain such information:

In course of registration of other types of mass media, there are own features.

Opening a radio or TV channel

According to the article 12 of the Law of the RK - On Communications, radio-frequency authorities distribute, identify and assign frequency bands, radio frequencies (radio frequency channels) for radio electronic facilities of all purposes. In case of absence of frequency operation during the year, the permit is withdrawn.

In course of registering such a permit, it is important to remember that it shall contain this information:

Is registration required for Internet sites?

Is it regulated to create a website in a legislative manner? Do you need special permit to create?

According to the sub-item 2 of the article 1 of the Law of the Republic of Kazakhstan - On Mass Media, along with periodicals, radio and television programs, documentary, audiovisual recording and other forms of periodic or continuous public distribution of mass information, refers to the mass media and Internet resources.

In accordance with the sub-item 6 in this article - information posted on the site is considered as a product of the mass media. The sub-item 8 in the above-mentioned article indicates that the information on the website is the distribution of mass media products.

In accordance with the sub-item 20 of the article 1 of the Law of the Republic of Kazakhstan - On Informatization, the Internet resource is electronic information. According to this, the norms and rules for the management and (or) use are established, the organizational structure that provides information interaction.

According to the law, the Internet resource is equal to the mass media. This aspect determines that the sites are subject to general mass media requirements:

However, some of the requirements that are set by the mass media do not apply in case of the site. According to the article 5 of the Law - On Mass Media, it is said that there is no need to register or obtain a license from Internet resources. They have the right not to send obligatory copies and store materials that have already left. It turns out that Internet resources are the mass media, but are partially devoid of some obligations. The work on distribution of information on the website of the channel, radio or newspaper, as well as in general on the Internet, can be started at any time. It is enough to pass the procedure for obtaining a unique domain name, as well as to conclude a contract on hosting and put information on the resource.

Ask your question
or
Get a free consultation

Manufacturing of seals and stamps